Accessible, Readily - (Readily Accessible) Capable of being reached quickly for operation, renewal, or inspections, without requiring those to
whom ready access is requisite to climb over or remove obstacles or to resort to portable ladders,chairs,etc.

Ambient Temperature - The temperature of the air, water, or surrounding earth. Conductor ampacity is corrected for changes in ambient
temperature including temperatures below 86°F. The cooling effect can increase the current carrying capacity of the conductor. (Review
Section 310-10 of the Electrical Code for more understanding)

Ampacity - The current-carrying capacity of conductors or equipment, expressed in amperes.

Ampere - The basic SI unit measuring the quantity of electricity.

Bonding Jumper - A bare or insulated conductor used to ensure the required electrical conductivity between metal parts required to be
electrically connected. Frequently used from a bonding bushing to the service equipment enclosure to provide a path around concentric
knockouts in an enclosure wall: also used to bond one raceway to another.

Continuity - The state of being whole, unbroken.

Continuos Load - A load where the maximum current is expected to continue for three hours or more. Rating of the branch circuit protection
device shall not be less tan 125% of the continuos load.

Dustproof - Constructed or protected so that dust will not interfere with its successful operation.

Dusttight - Constructed so that dust will not enter the enclosing case under specified test conditions.

Duty, continuos - A service requirement that demands operation at a substantially constant load for an indefinitely long time.

Duty, intermittent - A service requirement that demands operation for alternate intervals of load and no load, load and rest, or load, no load,
and rest.

Duty, periodic - A type of intermittent duty in which the load conditions regularly reoccur.

Duty, short time - A requirement of service that demands operations at a substantially constant load for a short and definitely specified time.

Duty, varying - A requirement of of service that demands operation at loads, and for intervals of time, both of which may be subject to wide
variation.

Feeder - A circuit, such as conductors in conduit or a busway run, which carries a large block of power from the service equipment to a
sub-feeder panel or a branch circuit panel or to some point at which the block power is broken into smaller circuits.

Ground - A large conducting body (as the earth) used as a common return for an electric circuit and as an arbitrary zero of potential.

Grounded, effectively - Intentionally connected to earth through a ground connection or connections of sufficiently low impedance and
having sufficient current-carrying capacity to prevent the buildup of voltages that may result in undue hazards to connect equipment or to
persons.

Grounded Conductor - A system or circuit conductor that is intentionally grounded, usually gray or white in color.

Grounding Equipment Conductor - The conductor used to connect the noncurrent-carrying metal parts of equipment, raceways, and other
enclosures to the system grounded conductor, the grounding electrode conductor, or both, of the circuit at the service equipment or at the
source of a separately derived system.

Grounding Electrode - The conductor used to connect the grounding electrode to the equipment grounding conductor, to the grounded
conductor, or to both, of the circuit at the service equipment or at the source of a separately derived system.

Ground Fault Circuit Interrupter - A device intended for the protection of personal that functions to de-energize a circuit or portion thereof
within an established period of time when a current to ground exceeds some predetermined value that is less than required to operate the
overcurrent protection device of the supply circuit.

Ground Fault Protection of Equipment - A system intended to provide protection of equipment from damaging line to ground fault currents
by operating to cause a disconnecting means to open all ungrounded conductors of the faulted circuit. This protection is provided at current
levels less than those required to protect conductors from damage through the operations of a supply circuit overcurrent device.

Interrupter Rating - The highest current at rated voltage that a device is intended to interrupt under standard test conditions.

Labeled - Items to which a label, trademark, or other identifying mark of nationally recognized testing labs has been attached to indentify the
items as having been tested and meeting appropriate standards.

Listed - Equipment or materials included in a list published by an organization acceptable to the authority having jurisdiction and concerned
with product evaluation, that maintains periodic inspection of production of listed equipment or materials, and whose listing states either that
the equipment or material meets appropriate designated standards or has been tested and found suitable for use in specified manner.

Location, damp - A location subject to moderate amount of moisture such as some basements, barns, cold storage, warehouse and the like.

Location, wet - A location subject to saturation with water or other liquids.

Megger - A test instrument fpr measuring the insulation resistance of conductors and other electrical equipment; specifically, a megaohm
(million ohms) meter; this is a regiestered trade mark of the James Biddle Co.

Megaohm - A unit of electrical resistamce equal to one million ohms.

Noninductive Circuit - A circuit in which the magnetic effect of the current flowing has been reduced by one several methods to a minimum
or to zero.

Ohm - The derived SI unit for electrical resistance or impedance; one ohm equals one volt per am-pere.

Ohmmeter - an instrument for measuring resistance in ohms. Take a look at this diagram to see how an ohmeter is used to check a small
control transformer. The ohmmeter's pointer deflection is controlled by the amount of battery current passing through the moving coil. Before
measuring the resistance of an unknown resistor or electrical circuit, the ohmmeter must first be calibrated. If the value of resistance to be
measured can be estimated within reasonable limits, a range selected that will give approximately half-scale deflection when the resistance is
inserted between the probes. If the resistance is unknown, the selector switch is set on the highest scale. Whatever range is selected, the
meter must be calibrated to read zero before the unknown resistance is measured.

Overcurrent - Any current in excess of the rated current of equipment or the ampacity of a conductor. It may result from overload, short
circuit or ground fault.

Overload - Load greater than the load for which the system or mechanism was intended. A fault, such as a short circuit or ground fault, is not
an overload.

Panelboard - A single panel or group of panel units designed for assembly in the form of a single panel: includes buses and may come with
or without switches and/or automatic overcurrent protective devices for the control of light, heat, or power circuits of individual as well as
aggregate capacity. It is designed to be placed in a cabinet or cutout box that is in or against a wall or partition and is accessible only from the
front.

Rainproof - So constructed, projected, or treated as to prevent rain from interfering with the successful operation of the apparatus under
specified test conditions.

Raintight - So constructed or protected that exposure to a beating rain will not result in the entrance of water.

Separately Derived System - A premises wiring system whose power is derived from a battery, a solar photovoltaic system, or from a
generator, transformer, or converter windings, and that has no direct electrical connection, including solidly connected grounded circuit
conductor, to supply conductors originating in another system.

Service Drop - Run of cables from the power company's aerial power lines to the point of connection to a customer's premises.

Service Entrance Conductors - (Overhead) The service conductors between the terminals of the service equipment and a point usually
outside the building, clear of building walls, where joined by tap or splice to the service drop.

Service Entrance Conductors - (Underground) The service conductors between the terminals of the service equipment and the point of
connection to the service lateral.

Service Equipment - The necessary equipment, usually consisting of a circuit breaker or switch and fuses and their accessories, located
near the point entrance of supply conductors to a building and intended to constitute the main control and cutoff means for the supply to the
building.

Service Point - The point of connection between the facilities of the serving utility and the premises wiring.

Switchboard - A large single panel, frame, or assembly of panels having switches, overcurrent, and other protective devices, buses, and
usually instruments mounted on the face or back or both. Switchboards are generally accessible from the rear and from the front and are not
intended to be installed in cabinets.

Switch, general use - A switch intended for use in general distribution and branch circuits. It is rated in amperes and is capable of
interrupting its rated voltage.

Switch, general-use snap - A type of general-use switch so constructed that it can be installed in flush device boxes or on outlet covers, or
otherwise used in conjunction with wiring systems recognized by the National Electric Code.

Switch, isolating - A switch intended for isolating an electrical circuit from the source of power. It has no interrupting rating and is intended to
be operated only after the circuit has been opened by some other means.

Switch, knife - A switch in which the circuit is closed by a moving blade engaging contact clips.

Switch, motor-circuit - A switch, rated in horsepower, capable of interrupting the maximum operating overload current of a motor of the same
horsepower rating as the switch at the rated voltage.

Switch, transfer - A transfer switch is an automatic or nonautomatic device for transferring one or more load conductor connections from one
power source to another.

Switch-Leg - That part of a circuit run from a lighting outlet box where a luminaire or lampholder is installed down to an outlet box that
contains the wall switch that turns the light or other load on or off: it is a control leg of the branch circuit.

Voltage Drop - The loss of voltage between the input to a device and the output from a device due to the internal impedance or resistance of
the device. In all electrical systems, the conductors should be sized so that the voltage drop never exceeds 3% for power, heating, and lighting
loads or combinations of these. Furthermore, the maximum total voltage drop for conductors for feeders and branch circuits combined should
never exceed 5%.

Watertight - So constructed that water/moisture will not enter the enclosure under specified test conditions.

Weatherproof - So constructed or protected that exposure to the weather will not interfere with successful operation.

GIVE US A CALL TODAY! 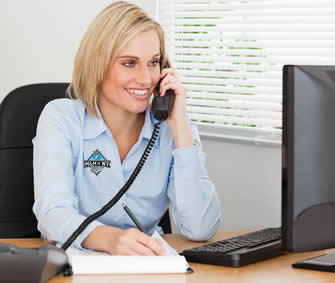